“As I retire, I express my gratitude to the ISAS staff, to each of my peers with whom I’ve worked on Visiting Committees and association work, and to ISAS as a whole, because the organization does have a real and valuable collective identity, and as such, is an expression of the spirit--larger and longer lasting than the tenure and lifespan of any one of us individually.”

Richard Ekdahl (1930-2016), ISAS Executive Director Emeritus, became the first Executive Director of ISAS and served until 1996. Ekdahl was instrumental in convening meetings of ISAS Heads to draft all of the founding documents. His dedication and long service would establish a legacy and foundation of leadership and a culture of collegiality for a strong ISAS future.

The original Constitution Statement of Purpose was composed: “To encourage, support, and develop highest standards of attainment in the independent schools of the area and to recognize those schools in which they are maintained.”

The phrase "to recognize by formal accreditation” was added to the Statement of Purpose. In addition to traditional Standards for Membership, ISAS accreditation depended upon the requirement that 75% of each graduating class successfully complete the freshman year of college. In reality, college matriculation averaged 99% over time.

Geoffrey Butler became the second Executive Director of ISAS. The Association offices were moved from Tulsa, Oklahoma, to Fort Worth, Texas. He served ISAS most admirably in this role for ten years and especially dedicated his attention to educating and developing strong Boards of Trustees.

ISAS Schools showed extraordinary camaraderie and heroic leadership in the wake of Hurricane Katrina. Duchesne Academy of the Sacred Heart and Schools of the Sacred Heart, Grand Coteau, alone took in over 420 students. Houston ISAS schools generously led in helping while at least 37 other ISAS schools made places for many displaced students from New Orleans at no charge, allowing ISAS New Orleans Schools to retain tuition vital to reopening their storm-damaged schools in record time.

Southwest Preparatory Conference (SPC) formed separate governance from ISAS to become a free-standing athletic conference whose members must all be ISAS Member Schools.

Rhonda G. Durham became the third Executive Director of ISAS. Association offices were moved from Fort Worth, Texas, to Midland, Texas. All ISAS New Orleans area schools re-opened successfully and were a vital part of recovery for the greater New Orleans community.

Jananne McLaughlin became the first full-time ISAS Director of Accreditation Services which expanded the services of the position to include staff presence on every accreditation visit, ensuring greater consistency of preparation and overall quality assurance for every school and for members of each Visiting Committee.

Independent Schools Association of the Southwest celebrated its Fiftieth Anniversary honoring its advancement of high standards for independent schools in Texas, Louisiana, Oklahoma, New Mexico, Arizona, Kansas, and Mexico. Many Past Presidents and retired Heads of School joined ISAS Heads and its only three Executive Directors of ISAS in all of its history at the Driskill Hotel in Austin, Texas for birthday cake and reminiscing.

The ISAS Arts Festival Steering Committee was established to oversee governance of Festivals and formalize policy and procedures in a published operating Manual approved by the ISAS Board of Directors.

The ISAS Group Benefits Trust celebrated its Silver Anniversary in November. In its almost 25 years, the Trust has constantly evolved, keeping in step with the landscape of employer healthcare benefits. Over time, the Trust Agreement, the legal governing document establishing the Trust, has been amended and restated numerous times. The Guiding Principles have always aligned with the Mission Statement “to foster a stable, sustainable, innovative health care environment in which employees have access to comprehensive, high quality and affordable health benefits that positively influence their health.”

ISAS celebrated 60 years of “Serving our Students. Sharing our Discoveries. Upholding our Values.” in the Southwest region of the United States with 87 accredited member schools. Since 2006, ISAS has accredited 12 new member schools, accredited added grades or divisions at 11 ISAS schools, and removed two schools’ accreditations. ISAS serves a student population of over 55,000 and a faculty and staff community of nearly 7,000.

April, 2017, the ISAS Arts Festival returned home to its founding school, Casady School in Oklahoma City for the 50th Anniversary of coming together to showcase artistic passion and accomplishment. Approximately 3,500 upper school students gather each year to meet adjudicators for evaluative assessments, for inspired peer sharing, and the most anticipated fun event of the school year for artists. This is the only national independent school student artist event of its kind.

ISAS began a new era under the leadership of Scott Griggs, former Head of School at Greenhill School in Addison, Texas. 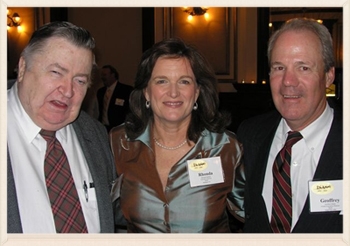 Rhonda Durham and ISAS Board Presidents during her tenure